The investing world is fast embracing ESG data to inform investment decisions — likely because, as stacks of studies show, on the whole ESG scores are an indicator for performance.

But what is this information? Why is it important? Where does it come from? Is all ESG alike? In short, how is ESG made?

Don’t worry. Our research team has explored the story for you. 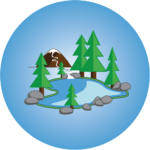 It’s easy to think of ESG ratings as simply the product of data, but the system is more complicated. Let’s go upstream a ways to get the big picture. 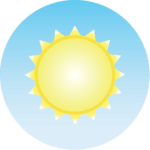 With the luxuries of modern tech and readily available data, investors have begun demanding greater transparency. Public companies are more and more expected to report on their internal workings and the footprint of their activities.

Independently of laws or regulations, market forces began driving the evolution of ESG as we know it. With many working independently toward similar goals, this quick organic growth offered many varieties of solutions — a boon for experimentation, but confusing for someone seeking hard data.

This led to the rise of standards organizations — SASB, GRI, UN PRI, and others — which formed in an effort to improve both the flow and quality of information. They began working with governments, nonprofits, research firms, investors, and other interested parties to define broadly accepted ESG standards. 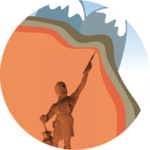 Each standards organization has produced its own set of ESG data categories. These classify information deemed important for each industry. Over time, market demand and feedback have helped erode the differences between the various organizations’ categories, but there’s certainly no consensus among the sets of standards. 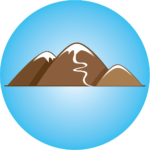 Now each ratings agency will pick and choose which categories to use in creating its own industry-specific ESG data categories (also known as issues, indicators, or KPIs, depending on which river you run).

Here, things diverge even more widely. A review of several agencies’ data categories reveal significant differences between categories, even where two agencies may have started with the same standards organization.

In fact, one study comparing two ratings agencies discovered very low overlap between one agency’s indicators and the other’s — only 26 of 54 indicators in environment, 16 of 54 in social, and 21 of 31 in governance. 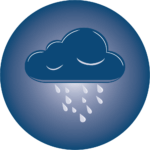 Unlike a real river, an ESG ratings agency can pick and choose the sources of its data. So imagine they’re all sipping from the same storms, but they’ve hired the Army Corps of Engineers to dam some tributaries and channel other water from neighboring valleys.

While this means watersheds may have some significant overlap, it introduces another layer of subjectivity. There are no standards for which primary and secondary data sources to use.

All agencies incorporate data from sources such as company filings and CSR disclosures. But each is free to sample or ignore data from news sources, NGOs, research firms, and so on. 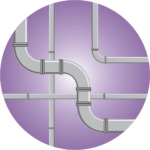 Now each agency devises different methods of combining and weighting their data. Category choices and weights skew the effect of data within each of the ESG über-categories (environmental, social, and governance, in case all this river talk has diluted your memory). Additionally, each agency weights E, S, and G differently in calculating the total ESG score.

Each river’s engineers bring their own opinions to every dam valve under their control. ESG models have to crunch massive amounts of data, which invites a degree of analyst interpretation and error from mountaintop to river mouth.

On top of it all, each agency uses their own scaling system to rate each data point. That earlier study reports that at least one agency even uses several scaling systems — one category uses a binary yes/no, another a percentage, and another a score from 0–100.

Even if all these rivers were the exact same shape, their waters would taste wildly different. 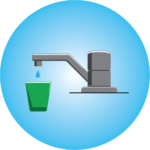 How does this manifest? The data speaks: ESG ratings for

We compared the top 100 US-listed companies ranked by ESG score from three leading ESG ratings agencies and found surprisingly little overlap: only 12 companies were represented in all three agencies’ top 100.

Moreover, those few overlap companies had widely varying ranks. Only Johnson & Johnson managed a similar score among all three, and the average rank difference among these companies between any two agencies was right around 25.

It’s impossible to say that any set of ratings is more right or wrong. Each comes with its own strengths and challenges. One agency’s ratings may be better for a particular investment strategy than the others, and so on. But how would you know?

Most investors don’t have the luxury of testing multiple agencies’ ratings, and may not even know where to begin. Such investors may find themselves choosing an agency with little proof that they’ll receive the value they expect. That’s a risky strategy, a risk that’s born way up in the ESG headwaters.

But now that you’ve explored how ESG is made, you have a head start on making better choices for choosing and applying the data. Coming soon, we’ll even explore some of these with you. Stay tuned!

One thought on “The natural history of ESG”