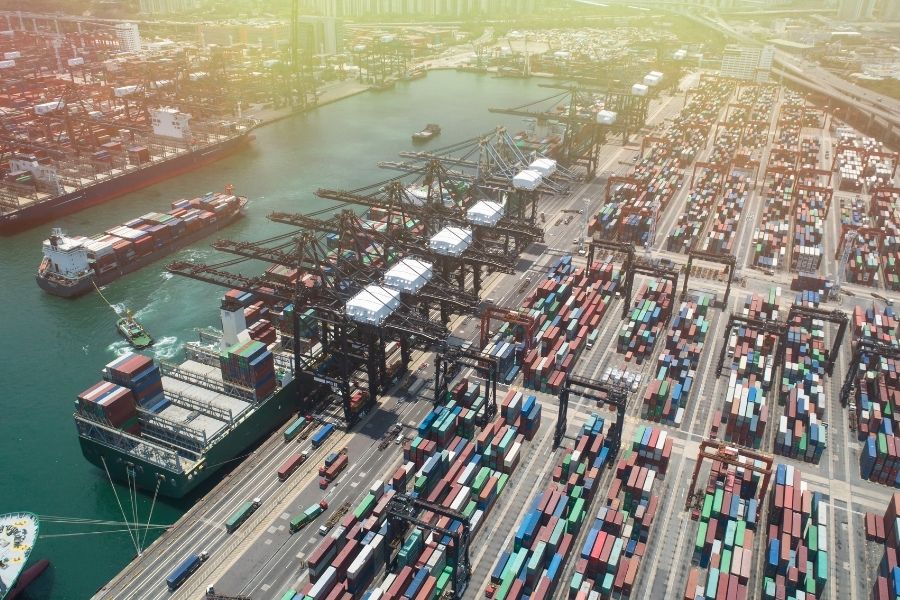 Sometimes, a particular phrase starts to pop up here and there, then more people use it and soon we’re all repeating it, even if we’re not really sure we understand what it means. Such phrases are often stated with at least some degree of gravitas, to signify that the underlying issue is worthy of some attention (it’s not just fluff).

A recent example is the phrase “ESG and supply chains.” We have been seeing it in a number of articles and analyses in the ESG arena with increasing frequency. At least at a superficial level the meaning of the phrase seems obvious – after all, we know what “ESG” is and we know what “supply chains” are, so we can put the two together and make an educated guess about what “ESG and supply chains” covers, but that does not mean we fully grasp what it means.

After a bit of research, we think the best way to summarize the importance of ESG and supply chains, for both companies and investors, is this:  What you don’t know can hurt you.

The vendors in a company’s supply chain can introduce exposures to ESG risks that, although unseen, unknown, and out of the company’s direct control, can create big problems. Vendors may be wastefully depleting natural resources, engaging in practices that constitute human rights abuses such as using child labor or exploiting other vulnerable workers, or paying bribes to win business (note Glencore’s recently announced $1.5 billion settlement on this issue). All of these represent unacceptable reputational risks.

A recent article by the Thomson Reuters Institute notes that companies can use their buying power or other leverage to pressure businesses in their supply chains to act in a way that is ethically responsible (perhaps defined by the ten principles of the U.N. Global Compact). As the article notes, “it is no longer acceptable (if it ever was) to simply say, ‘I had no idea! This vendor did this.’” However, it is unrealistic to expect companies to monitor every vendor in their supply chains, a problem that is only becoming more acute because many supply chains are expanding as companies sign up multiple suppliers to address shortages and geopolitical complications.

The Reuters article suggests creating a set of metrics and analytics to assess suppliers’ ESG practices. That could range from having companies self-report on specific issues and insist on the right to audit the validity of those reports, with penalties for dishonest reporting. Such

reporting could also help companies that want to reduce their carbon footprint, including Scope 3 emissions – if supply chain vendors reported their carbon emissions to their buyers, it could even foster some healthy competition to .

P.S. The phrase “woke capitalism” has also captured attention recently, at least in the U.S. We won’t get into the politics behind it but believe it is absolutely essential to remember that ESG is not about slogans; it’s about taking meaningful, conscious steps toward a more sustainable world where businesses and consumers can thrive and prosper. Some companies make token gestures in support of ESG in public while privately ignoring it in their day-to-day operations, but that bad behavior will catch up with them – the truth will come out. That’s part of the mission behind OWL ESG’s metrics and analytics.

As Blackrock’s Larry Fink said in his annual letter to CEOs, “in today’s globally interconnected world, a company must create value for and be valued by its full range of stakeholders in order to deliver long-term value for its shareholders” (emphasis is ours). He noted, “We focus on sustainability not because we’re environmentalists, but because we are capitalists and fiduciaries to our clients” (emphasis ours again).