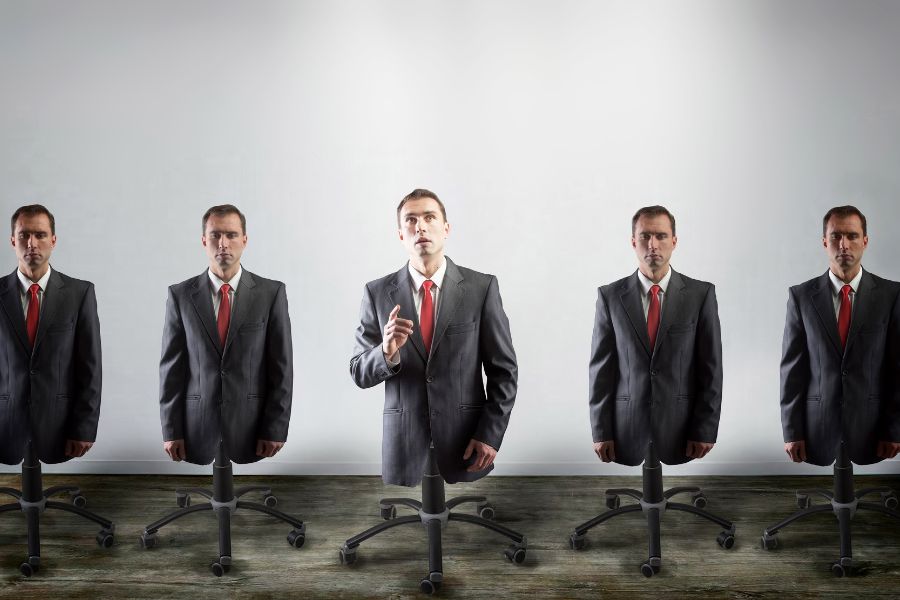 When you first hear the term “modern slavery”  it might sound like an exaggeration intentionally designed to arouse strong emotions and perhaps push an agenda. Or perhaps you think it is something from the plot of a dystopian novel. We wish that were true. Unfortunately, it was not taken from fiction or invented by some radical political group.

Broadly speaking, “modern slavery” refers to people who are forced to work or are otherwise exploited through threats, deception, or coercion, including financial, as well as violence and abuse of power. The International Labor Organization (ILO), a part of the United Nations, estimates that as of 2021, 27.6 million people are forced to work under some type of control that would be categorized as a form of modern slavery. According to the ILO,

If we separate those who are sexually exploited by force for commercial purposes into its own especially heinous category, that still leaves over 21 million people (including children) who are working under some type of force, coercion, threat, or form of violence in the private and public sectors. Many are in this situation because they are trying to escape poverty, and protect and support their families.

We assume everyone who reads this article would agree that modern slavery/forced labor is morally wrong and should not exist. We also point out that over the long run, modern slavery is not a sustainable business practice. Exploiting workers to avoid paying them honest wages artificially lowers costs and distorts profits. It also holds down a portion of the population that, if paid a fair wage, could work their way out of poverty, pay taxes, and contribute more to economic growth. For migrant workers, paying fair wages can increase remittances that boost local economies in poor communities.

The most likely way that businesses are exposed to, and are unwittingly complicit with, modern slavery is through complex supply chains. Although it’s exceedingly rare that a contemporary public company in a developed market subjects its direct employees to forced labor, supply chains that stretch across many companies and countries have made it extremely difficult to ensure that a firm’s suppliers are upholding policies against modern slavery. Consider this article from The Guardian describing the plight of migrant farm workers in the U.S., then look at the grocery stores and food manufacturers that buy products from those farms.

Slavery can exist in every stage of the supply chain, from agriculture or extracting raw materials to manufacturing and shipping. An article in The Economist describes how difficult it can be to ferret out the use of forced labor in a supply chain. For example, China imports $1 billion worth of coal a year from North Korea that is dug out by miners with an “inherited-worker status” (in other words, not a choice). Ten percent of North Korea’s population is thought to be forced to work for the state.

The U.S. Department of Labor has identified 155 products from 77 countries that involve child or forced labor. Two well-known examples are children being forced to mine cobalt for use in mobile phones and China’s forced labor of Uyghurs and minorities. According to law firm Fox Rothschild, the Ethical Trading Initiative found that 71 percent of companies believe there is a likelihood of modern slavery occurring at some point in their supply chains. A 2020 study cites apparel as one of the top five products imported into the United States at risk of having used forced labor, along with electronics, fish, timber, and cocoa.

The reputational damage to a company whose supply chain is found to be involved with modern slavery can be substantial. U.K.-based fast-fashion retailer Boohoo received significant negative press about the fact that workers in factories that supplied Boohoo were paid less than minimum wage. According to The Financial Times, one factory owner said that part of Leicester’s garment industry had “become detached from U.K. employment law,” operating as “a country within a country.” U.S. authorities launched an investigation into the allegations and considered banning its products, which further damaged Boohoo’s reputation.

According to the organization Open Democracy, a recent study in Australia found that nearly half of all migrants were paid below the legal minimum wage. In Central Asia, the cotton industry depends on migrant laborers. Wage violations are estimated to cost low-wage workers $50 billion per year in the United States alone.

Wage theft is the most commonly reported labor abuse. Open Democracy explains that “wage theft refers to the unlawful intentional under- or non-payment of an employee’s wages or entitlements by their employer (or recruitment agency)” for work that was actually performed. This can be done by making unauthorized deductions from employee’s wages, underpaying wages, not paying for overtime, or simply not paying workers at all. Employers who engage in this kind of abuse are betting that vulnerable migrant workers simply cannot fight back.

Not surprisingly, the pandemic made things even worse for migrant workers. The Business and Human Rights Resource Centre, which tracks over 9,000 companies in over 180 countries, reported a substantial increase in the number of allegations of labor abuse between April and August 2020 (a 275-percent increase versus the previous year). COVID-19 was cited as a factor in 95 percent of all cases.

What can be done?

No company voluntarily opens the doors of a factory to show children at work, or reports that the wages it pays are below legal minimums. It takes some work to uncover these practices. Open Democracy states that technology-based solutions could offer ways to address the problem, such as smart phone apps for reporting abuses, satellite imagery to identify modern slavery from space, and the use of blockchain technology to eliminate contract substitution, in which job recruiters coerce laborers into working under harsh conditions that differ radically from what they had been promised.

FTI Consulting suggests companies ask the following questions with respect to the data they gather and the types of disclosures they require to combat the problem of modern slavery in a supply chain. This is designed to determine the type of documentation needed to satisfy regulatory requirements for supplier mapping – from the origination source for raw materials to the shippers and factories involved in creating the end product.

This is not an easy problem to solve, but efforts to shine a bright light on labor practices across supply chains will help to combat modern slavery. Penalties to firms that engage in or tolerate forced labor should be sufficient to eliminate the incentive to take the risk.

OWL’s extensive, globally-sourced data includes tools to look for activities consistent with modern slavery, including activities that would be in violation of the UN Global Compact (whether or not a company is a signatory). Contact us to learn more about OWLs data can help with this, and in analyzing other environmental, social, and governance (ESG) issues.